Juneteenth is celebrating its 2nd year as a National Holiday on June 20, 2022 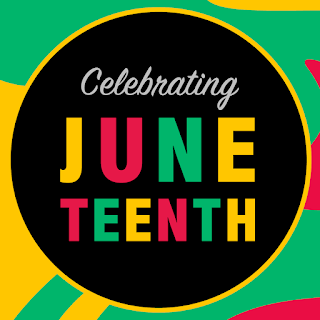 June 19th, the actual day of Juneteenth, is now a federal holiday in the United States commemorating the emancipation of enslaved African Americans. Juneteenth marks the anniversary of the announcement on June 19, 1865, proclaiming freedom for the last of the enslaved people in the state of Texas. This was over two years after the Emancipation Proclamation was signed by President Abraham Lincoln. Juneteenth is short for June Nineteenth.
Posted by Renita Jackson at 10:27 AM

Renita Jackson
As a little girl growing up in St. Louis, Missouri, Renita's mother taught her sister, brother and her, the different aspects of etiquette and manners simply by consulting an etiquette reference book they had in their home. The lessons instilled by their mom continue to be a passion of Renita's today. Renita is a graduate of Southern Illinois University at Edwardsville where she double majored in Mass Communications and Public Relations. She worked several years in radio broadcasting and later in the insurance industry. Renita received her etiquette training and certification at The Etiquette Institute, founded by Maria Everding. In 2015, Renita was selected as the National Membership Director for the National Association of Urban Etiquette Professionals (NAUEP). Renita has taught etiquette classes and workshops to children and adults in the local communities, business and public schools. She has also provided her expertise as an event planner and wedding coordinator to many satisfied clients.